'That was the master plan': Why Harry and Meghan were going to California — just maybe not so soon

Prince Harry and Meghan’s move from Canada to California in recent days seems likely to have been the inevitable end goal for the couple who have officially started their life outside the senior ranks of the Royal Family this week. It just came sooner than mi…

Prince Charles recovers from Covid-19 The 71-year-old heir to the British throne had been self-isolating on the Queen's Balmoral estate in Scotland.

Prince Charles didn't jump queue for Covid-19 testThe Prince of Wales is in good health and is currently self-isolating.

Prince Philip, 98, released from hospital ahead of Christmas with the Queen — See pics

Prince Philip has been released from the hospital and was seen leaving after spending four nights in the facility ahead of Christmas. Click to see photos.

Prince Philip leaves hospital in time for Christmas with the Queen

He was flown to the Sandringham Estate by helicopter.

Prince Charles, 71, and his wife Camilla arrived at the Queen's estate in Norfolk in a separate helicopter to Prince Philip, 98, who touched down shortly afterwards.

RICHARD KAY: Prince Philip hasn't been the same since THAT car crash

RICHARD KAY: He was back behind the wheel in days, but shaken by the depth of public criticism that greeted that decision, it was announced that he had voluntarily given up driving on public roads.

The Duke of Edinburgh was rushed to the King Edward VII Hospital in Marylebone from Sandringham yesterday to be treated for a 'pre-existing condition'.

PRINCE PHILIP was last seen in public in Balmoral back in August before he was hospitalised this afternoon, a new photo has revealed.

Prince Philip, the 98-year-old husband of Queen Elizabeth, was taken to a London hospital on Friday as a precautionary measure for treatment for a pre-existing condition, Buckingham Palace said on Friday.

Prince Philip taken to hospital 'as a precaution'

The duke, 98, was admitted in relation to a pre-existing condition, Buckingham Palace says.

A woman who was injured in a car accident involving Prince Philip says the roads will be safer now that the 97-year-old royal has given up his driver's licence.

The Duke of Edinburgh is to voluntarily give up his driving licence, Buckingham Palace has said.

The 97-year-old royal got into a crash that overturned his car last month.

Prince Philip has decided to stop driving after he was recently involved in a collision that left two women injured, Buckingham Palace said.

The Duke of Edinburgh wasn't hurt in the crash

The accident doesn't seem to have put the duke off from getting back behind the wheel.

Charlotte's Great-grandmother, Her Majesty is descended from Victoria & Albert through an all male line on her paternal side while Prince Philip is descended down a maternal line. But, please don't get Charlotte curious about her Denmark lines yet. It's too much! - The Lady

If this hasn't occurred to you, allow me to get your mind going as I did Charlotte's. Between the Cambridge children & darling Archie, they have held hands with Prince Philip who held hands with his mother, Alice who has held hands with Queen Victoria. 8 generations bridged. https://t.co/eHYE4sROa8

That baby Alice pictured above with her mother, grandmother & great-grandmother, HM The Queen Victoria went on to marry Prince Andrew of Greece. Their only son is Prince Philip, Consort of Elizabeth II. Their great-granddaughter is Charlotte. I do hope I got it right - The Lady. https://t.co/mmi5qN4iwm

RT @Daily_Express: How did Prince Philip and the Queen meet? Inside their 70 year marriage #royal #RoyalFamily https://t.co/6o00nAOrb9 http… 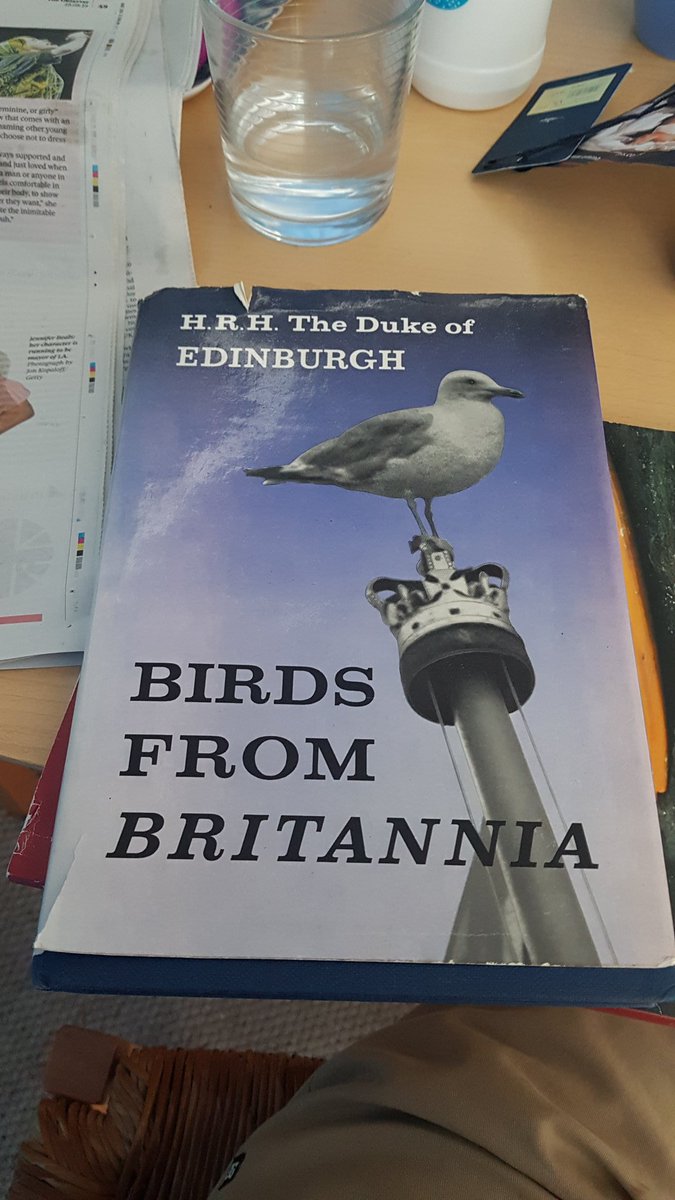 Current holiday read - Prince Philip's collection of predominantly out of focus bird photos from 1959. A fine smelling book though, I have to say. https://t.co/vzUCrlLmKy

RT @TarikCyrilAmar: @DrRadchenko And Philip K. Dick had his alternative-history Nazis nuke away the Mediterranean for “reclamation.” So pol…

RT @Daily_Express: How did Prince Philip and the Queen meet? Inside their 70 year marriage #royal #RoyalFamily https://t.co/6o00nAOrb9 http…

Not My Job: We Quiz Matt Smith, Prince Philip On 'The Crown,' On Prince https://t.co/xQcSMea7Kd

RT @maryheil5: @StormIsUponUs @PammyC10 Hopefully, prince Philip’s desire to be reincarnated as a virus will be realized soon!!

RT @AprilLaJune: Anyone remember the #Anon reporter who said Royals getting ready for a funeral? Then I said, its probably Prince Philip or…

How dare HRH PC say that @SarahTheDuchess brought shame on the BRF after what he was upto with Camilla? Prince Andrew and Fergie desperately keeping rekindled romance under wraps following Epstein scandal and hostility from Charles and Philip – The Sun https://t.co/prxk99nBpv

RT @AprilLaJune: Anyone remember the #Anon reporter who said Royals getting ready for a funeral? Then I said, its probably Prince Philip or…

Anyone remember the #Anon reporter who said Royals getting ready for a funeral? Then I said, its probably Prince Philip or Prince Andrew? 8 days after the announcement will be the funeral? Significance of 8 - Prince Andrew Put On Suicide Watch https://t.co/MlZd0OPv39

"When it comes to the royal family, longevity could be in the gene pool. Queen Victoria lived to be 81 years old, an impressive feat for her time. Now, at 97, Prince Philip is her oldest-ever living descendent." <3 https://t.co/HX5V4YC27e