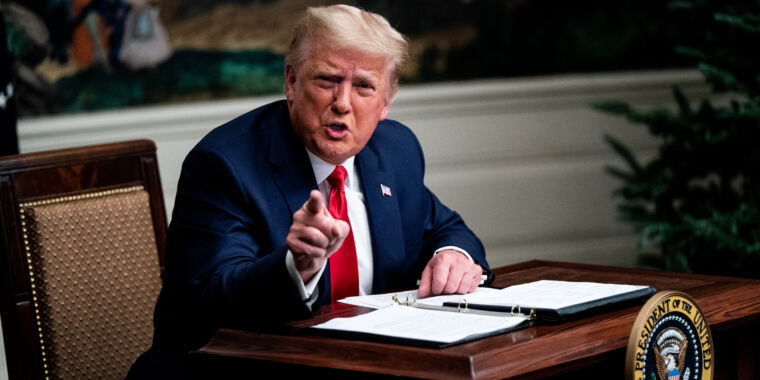 Without Section 230, conservatives will lose the only avenue around the mainstream media.

Outgoing president Donald Trump has called for the National Defense Authorization Act — seen by Congress as must-pass legislation — to include a measure to repeal Section 230, a pivotal legal protection for speech platforms like Facebook and Twitter.

The president threatened via Twitter to veto the National Defense Authorization Act unless lawmakers repeal Section 230.

President Donald Trump threatened a veto of the defense bill if it did not include legislation to end Section 230 protections.

The president wants Congress to repeal Section 230 of the 1996 Communications Decency Act, a provision that provides legal protection for tech companies.

Twitter users mocked the president using the hashtag #DiaperDon after he sat at a smaller-than-usual table during a news conference.

Twitter users mocked the president using the hashtag #DiaperDon after he sat at a smaller-than-usual table during a news conference.

In a series of tweets, the outgoing president also accused Twitter's trending topics section of showing "absolutely nothing to do with what is really trending in the world."

Tech giants Twitter and Facebook both cracked down on President Trump comparing COVID-19 to the seasonal flu on Tuesday, resulting in the president calling for a repeal of Section 230.

A group of 75 progressive groups warn Biden against throwing out Section 230 https://t.co/8Wph3KC8Wg https://t.co/z1Wwoqn1PI

RT @qjurecic: i've come to think of Section 230 reform as a good case study of what lawmaking looks like in an era of information disorder—…

RT @TheLaurenChen: Twitter is literally already policing what people say on their platform, now this. How they're still claiming Section 2…

RT @fightfortheftr: BREAKING: 70+ human rights, racial justice, LGBTQ+, and civil liberties groups have sent a letter to the @WhiteHouse an…

RT @fightfortheftr: BREAKING: 70+ human rights, racial justice, LGBTQ+, and civil liberties groups have sent a letter to the @WhiteHouse an… 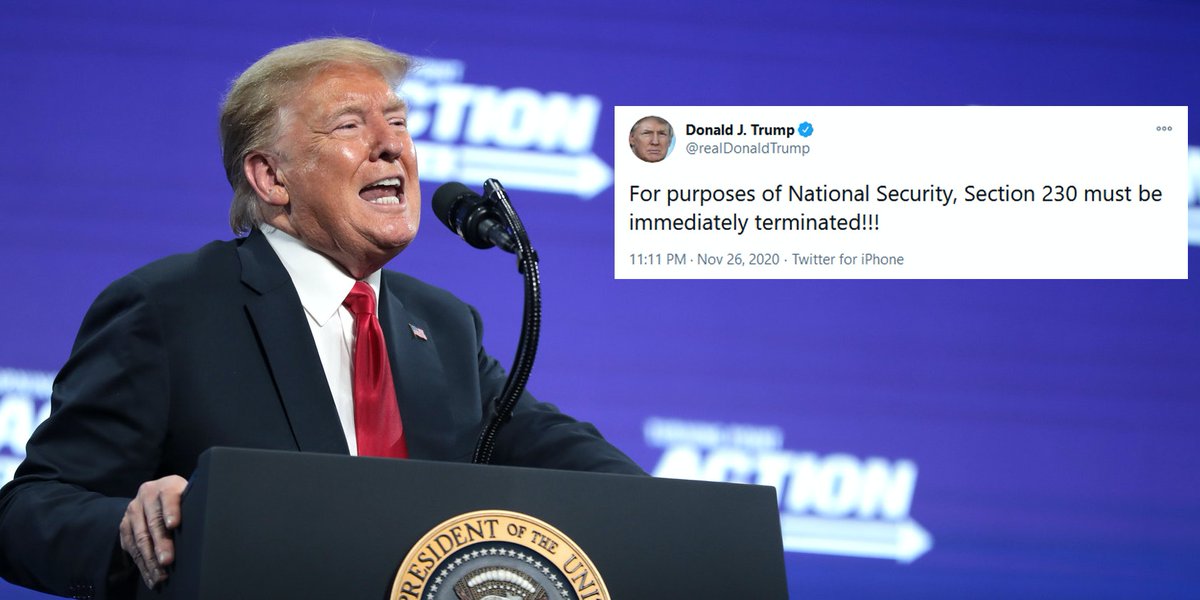 new post - section 230 and Trump, does the law stand rightfully? did twitter have the right to ban him? https://t.co/tFTPCV2IfY 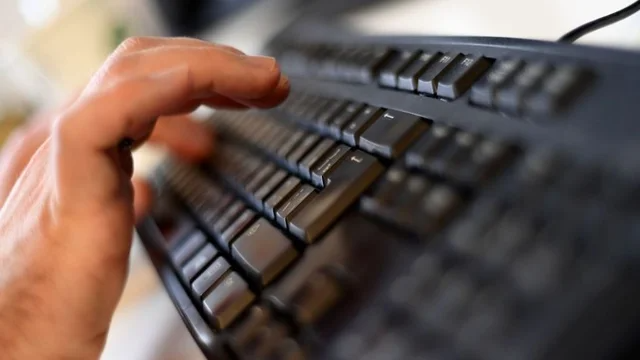 RT @fightfortheftr: "knee-jerk attempts to change Section 230 will only do further damage to at-risk communities already facing the brunt o…

RT @SenRonJohnson: I'm concerned that Congress’s involvement in Section 230 reform may lead to more harm than good. One solution may be t…