Kat Von D announced a move to Indiana where she has purchased the historic Benjamin Schenk Mansion. She plans to reopen a tattoo shop there.

In a Washington Post op-ed, Paris Hilton recalled the traumatic experience she says she endured at Provo, including being slapped and choked.

Canceled YouTuber Shane Dawson Is Back, For Some Reason

Shane Dawson is set to make a video with fellow canceled YouTuber Jeffree Star, about their makeup collaboration being sold at discount stores.

No one can change Kat Von D‘s mind when it comes to her pregnancy.

The makeup mogul/tattoo artist, 36, looked enchanting during her darkly elegant nuptials where she opted for an elegant red gown by Adolfo Sanchez instead of classic white.

Tattoo and makeup artist Kat Von D is expecting her first child. The LA Ink persona, 36, shared the happy news on Instagram Tuesday with a sweet photo of herself with husband Leafar Seyer.

Review for 'amazing' eyeliner that ‘didn’t budge’ during car accident

Shelby, a nurse from Boston, spent eight hours in hospital after being hit by a 'distracted driver' going at 55mph - but her Kat Von D Tattoo Liner miraculously stayed put throughout her ordeal.

RT @TeddyFeed: Kat Von D is now in the spotlight after another accuser has come forward to confirm the allegations that have been stated ag…

Since when does Kat Von D make music????

Kat von d was an anti vaxxer before it was cool

RT @TeddyFeed: Kat Von D is now in the spotlight after another accuser has come forward to confirm the allegations that have been stated ag…

RT @TeddyFeed: Kat Von D had her fair share of scandals in the past years, but her family and friends warned her they wouldn’t stand by her…

“It was dark and it was beautiful. It was metal and it was poetry. It was love loaded into a gun, and I wondered about the man behind the songs.” -Kat von D, Go Big or Go Home. 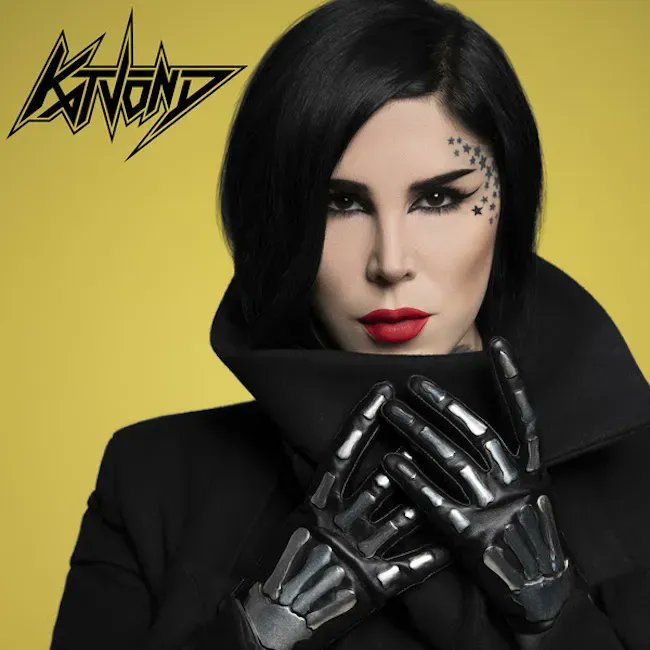 Interview: Kat Von D on Writing and Recording Her Debut Album 'Love Made Me Do It' - Rebellious Magazine https://t.co/aeGSENjl5d https://t.co/t8kFRg6QeK