28 Of The Best Twitter Reactions To Bindi Irwin's Pregnancy Announcement

Australia's collective daughter is all grown up and we couldn't be prouder.

If You Feel Excited, Emotional Or Old AF Following The Bindi Irwin Baby News, These 28 Tweets Are For You

Australia's collective daughter is all grown up and we couldn't be prouder.View Entire Post ›

The couple is expecting their "Baby Wildlife Warrior" next year.

The couple is expecting their "Baby Wildlife Warrior" next year.

Bindi Irwin announces her pregnancy, five months after her wedding

Bindi Irwin, the 22-year-old daughter of the late conservationist and television personality Steve Irwin, has announced she is expecting her first child.

Bindi Irwin and her husband, Chandler Powell, are going to be parents!

She and her husband of five months, Chandler Powell, are expecting their first baby.View Entire Post ›

Bindi Irwin takes to Instagram to reveal she is pregnant

The daughter of the late 'Crocodile Hunter' Steve Irwin has revealed she is in the first trimester of pregnancy, after marrying her long-time partner Chandler Powell in March.

Bindi Irwin is pregnant with her first child: 'Baby Wildlife Warrior due 2021'

'It's an honour to share this special moment in our lives with you', says conservationist

'We used a really large ruler': World's tallest living giraffe is in Queensland

Bindi's mother said: 'Your dad's love is still with you every moment of every day'

Bindi Irwin celebrated her 22nd birthday on Thursday with a tribute to her parents, Terri and Steve Irwin.

Bindi Irwin Shared A Then Vs. Now Of Her Husband Watching "Crocodile Hunter" DVDs And It's So Adorable

"My sweetheart husband has watched Dad’s documentaries since he was little." View Entire Post ›

Is 'Vanderpump Rules' Star Stassi Schroeder Still Getting Married in Italy This Fall?

There are already some resources for brides who may need to postpone their weddings, but is Stassi's "Dark Passenger" emotionally prepared?

Coronavirus weddings: How some can say 'I do' among so many new don'ts

A popular Bible verse says "Love is patient." And some trying to getting married during the coronavirus pandemic may find their patience being tested.

A pair of doctors planned a lavish Pakistani wedding with 400 guests, but coronavirus got in the way. Now they're 1,000 miles apart, helping patients.

The daughter of Steve Irwin said she and her longtime partner, Chandler Powell, married without guests to stay safe and "we lit a candle in Dad’s memory."

Irwin said she and Chandler Powell married without guests in the Australia Zoo gardens in an effort to stay safe amid the coronavirus pandemic.

Bindi Irwin gets married at zoo hours before virus lockdown

"We planned this beautiful day for nearly a year and had to change everything, as we didn't have guests at our wedding," Irwin said.

Just found out Bindi Irwin is engaged and I believe in love again.

Just watched a video about Bindi Irwin and her dad for her 21st birthday and I am now crying in work. Way to go Jenn...

Ever since my family saw Steve Irwin's daughter, at 8 years old, chipper as can be, speak at her dad's memorial "I LOVED MY DADDY. HE LOVED CROCS. HES DEAD NOW" we've rocked with Bindi extra heavy and will continue to until the end of days.

Steve Irwin, aka The Crocodile Hunter, with his new daughter, Bindi, back in 1998. Born in Melbourne, Australia, on February 22, 1962, Steve Irwin grew up on a wildlife park owned by his parents... https://t.co/W7pnkDXMAi

You can have dinner with any 5 people. Who do you invite? — Hmm... well you said “any” so I’m taking that as deceased as well. So first and top dinner guest would be Steve Irwin, and Bindi Irwin, followed by Dr. Evan Antin (famou… https://t.co/xTQTv2xxa2

bringing in a pic of bindi irwin to the hairdresser

RT @hopevanromanoff: hearing @taylorndean talk about bindi and her banana just reminds me of when some of the animals used to have voiceove…

RT @Howie_Madagan: @AnthonyRoberttt @AnimalPlanet You could never replace The Crocodile Hunter himself, Steve Irwin. Who was an advocate fo…

i have developed a crush on bindi irwin

A personal wish for the future...I hope Piper lives a life like Bindi Irwin.

The animals knew Irwin and Bindi nem were colonizers https://t.co/HwgB65tl1M

Don't agree Bindi Irwin looks anything like her mother.

Wish bindi Irwin was my wife

i’m someone’s weird roomate story waiting to happen. like i don’t do anything bad im just weird they’ll tell their kids “yeah my roommate in college listened to sea shanties and was obsessed with seals. looked exactly like bindi irwin.” 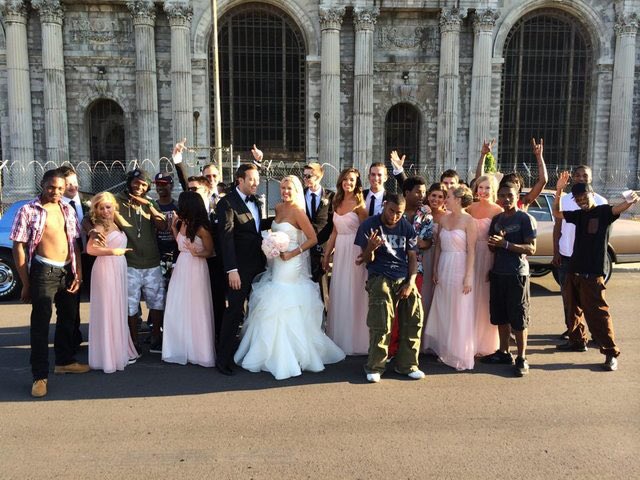 This how we coming to Bindi Irwin’s wedding https://t.co/yig3JNUfsb

Bindi Irwin is engaged and it feels like just yesterday i watched Free Willy 4 and cheering her on to win Dancing With the Stars.

i'm not as ashamed of this bindi irwin tweet as i should be https://t.co/1Cb04Azder

Meet Bolton's answer to Bindi Irwin https://t.co/1zZoi4Lj8U A LITTLE animal lover has a total of

Antonio Brown did a football dance. Bindi Irwin did a nature dance. Ryan Lochte did a goddamn swimming dance. I am absolutely flummoxed as to what this guy thinks his “thing” will be if not politics https://t.co/vjbnLKwrxk

RT @flaxseedthot: On god I’d stab somebody in the neck if Steve Irwin’s daughter asked me to. None of y’all safe if Bindi got Beef