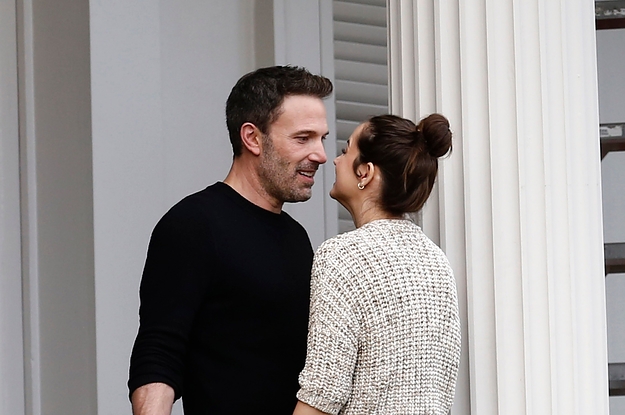 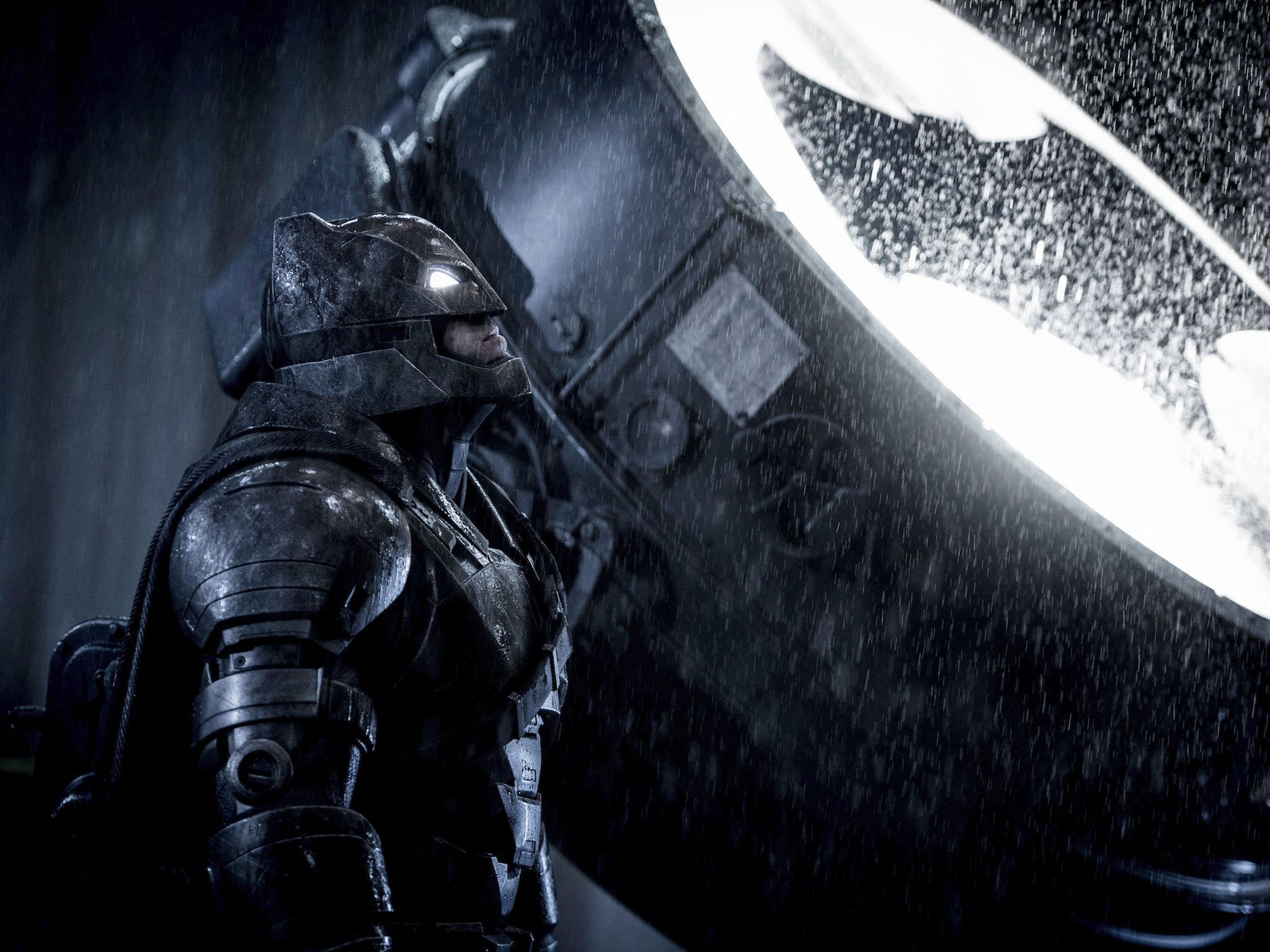 Ben Affleck reveals why he chose to play Batman: ‘It was worth every moment of suffering on Justice League’

"People were so mean."

Ben Affleck to direct Disney’s ‘Keeper of the Lost Cities’

On the acting front, the actor will next star in ‘Deep Water’, opposite Ana de Armas

Like its competitor Disney and Marvel Studios, Warner Bros. is eyeing television spinoffs for its most popular DC Comics movies, including The Batman, Suicide Squad, and more, that will arrive exclusively on HBO Max.

From Will Ferrell’s Eurovision movie to Oscar hopefuls like First Cow, Nomadland, and Sound of Metal starring Riz Ahmed, 2020 was a year full of good movies about being nice to each other. Even Apple TV Plus got in on the game with Ted Lasso. Here are our pic…

Ana de Armas and Ben Affleck made their affectionate debut on Instagram.

Everything we know about Ana de Armas, the new James Bond girl spotted with Ben Affleck

Who is Ana de Armas, the actress rumored to date "Deep Water" co-star Ben Affleck? You've probably seen her in "Knives Out" or "Blade Runner 2049."

The Batman won’t be yet another Dark Knight origin story, says director

The Batman is set for June 2021, but while Reeves waits to resume shooting, he’s talked about his approach to the new DC Comics superhero movie blockbuster. He assures fans it’s not a Batman Begins style origin story, but it will have origin-y elements. Here’…

In an interview with The New York Times, Affleck, who has gone to rehab three times, called relapsing "embarrassing."

Actor finally reveals why he decided to step away from the superhero character, paving the way for Robert Pattinson to become the new caped crusader of Gotham

The filmmaker, gamer and actor — who will be starring alongside Ben Affleck in ‘The Way Back’ — was also the first actor to get on Twitter

I finally get why noise-canceling headphones are so great — thanks, flying

The more I think about it, the weirder it gets that I never used active noise-canceling headphones (ANC) on a flight. I mean, I review tech for a living for god’s sake. I’ve tried out a raft of noise-canceling cans. I’m pretty sure I’ve event been on flights …

Smith tells VICE how he wove references to 'Mallrats,' 'Chasing Amy,' 'Clerks,' and 'Dogma' into the superhero-centric storyline.

Though questions have arisen over the way the platform counts its viewers, Netflix counts 'Orange Is the New Black' and 'Stranger Things' among its most-watched content.

Ben Affleck and Laurene Powell-Jobs were spotted getting dinner Tuesday night at a Los Angeles restaurant, the Daily Mail reported. The report initially referred to Affleck's dining partner as a "mystery blonde," but she was quickly identified by social media…

With Ben Affleck confirming that he won't be playing Batman again, the time has come to once again rank the movie Batmans!

Ben Affleck has officially retired as Batman, and the actor confirmed it personally on Jimmy Kimmel Live.

Who Should Play the New Batman After Ben Affleck? - IGN

Here are 11 actors who could do it. And not one of them is named Martha.

These YouTube charts compare the popularity of Maroon 5 and Travis Scott, this year's Super Bowl performers, in every US state

Maroon 5, Travis Scott, and Big Boi are performing at this Sunday's Super Bowl Halftime Show. YouTube Music shared statistics of how popular each artist was on the platform in every state in the US over the last year. Maroon 5 has dominated when compared to T…

Ben affleck telling john david washington that he's one of the greats. https://t.co/Xry6ZPk536 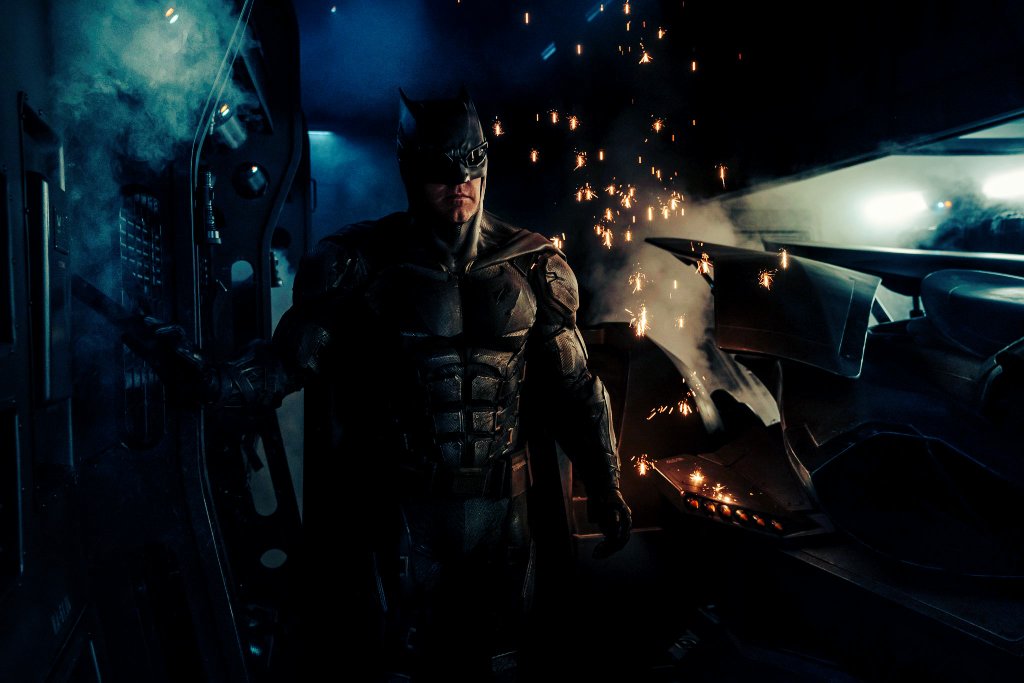 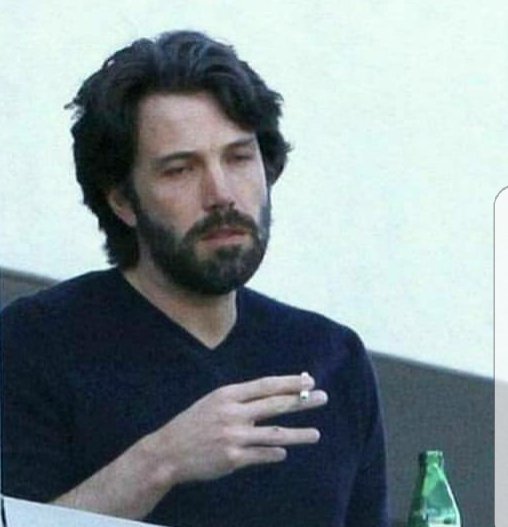 So, being in your mid 20s, 6+ months of therapy that's suppose to help me become mentally and emotionally independent has equaled to a conversation in speaking about how I handle feelings and now I feel nothing but that one Ben Affleck picture. https://t.co/cu0M6X1Zg3 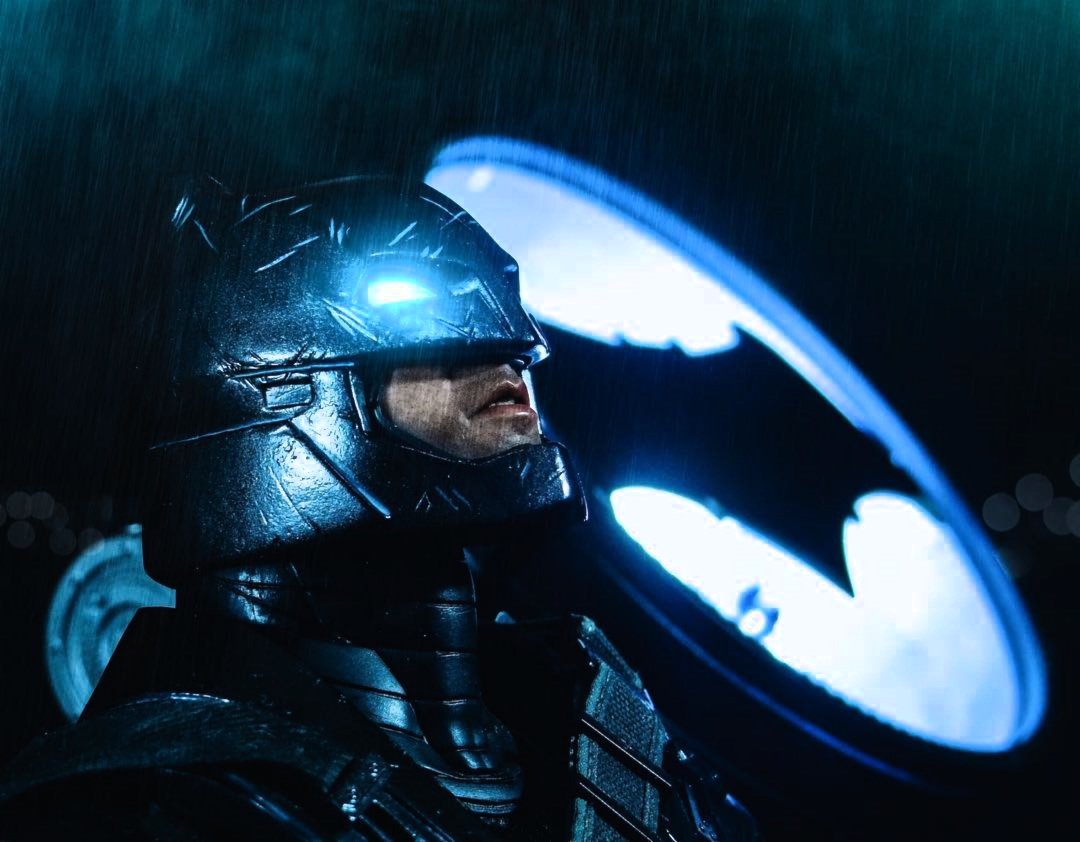 RT @TIME: Being stuck at home for a year has led to one repeated question: What’s Ben Affleck doing now? https://t.co/BbgsDcAE9L

I’m still very confused that the other cast members did not stand up for Gal Gadot refusing to shoot the Flash on top of her scene @ Joss Whedon’s demands. Ezra Miller had nothing to say? Ben Affleck? Henry Cavill? No wonder Ray Fisher did not stand a chance. 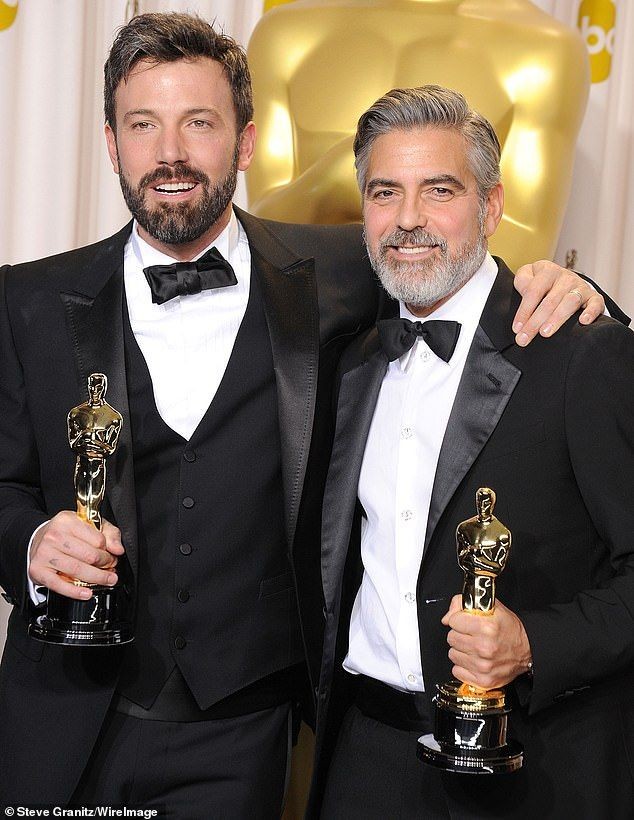 My god! Is @cporterwa trying to convince us of his guilt? Very strange moves he’s making ... for an innocent man. Imagine he’s the protagonist in a movie ... what would you believe if the guy carried on like this? Reminding me of State of Play with Ben Affleck and Russell Crowe. https://t.co/vZoPOJ0ng2

I just saw someone who looked very similar to Ben Affleck. AND he was smoking a cigarette. What are the odds?!?? 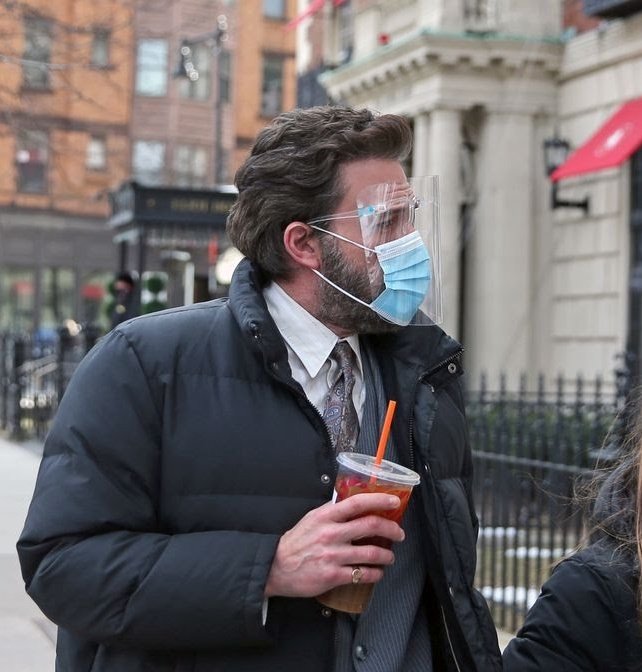 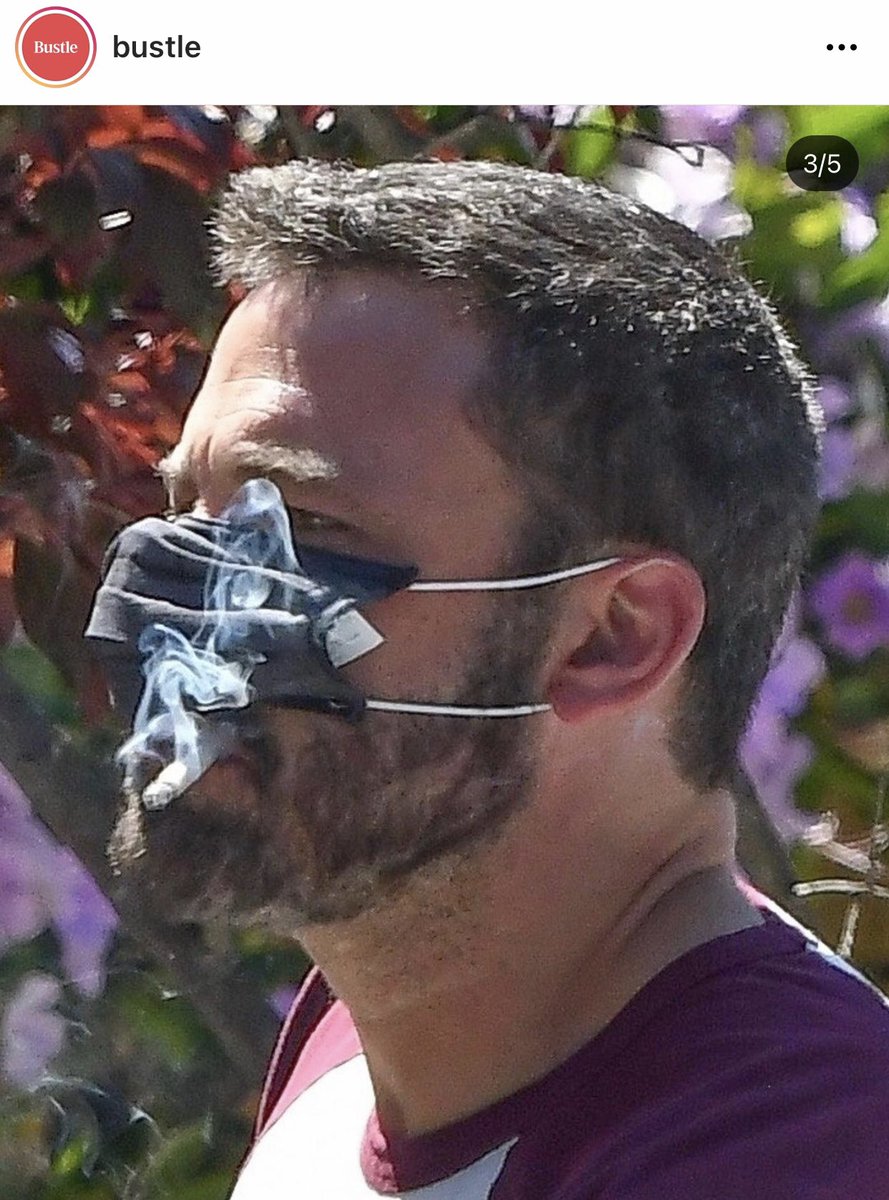 RT @THR: "It's about a family seeing each other a little bit clearer." @SteveYeun on #Minari representing the immigrant existence. More fro…

RT @THR: "I wake up feeling so blessed that I'm in a career where I want to go into work." Gary Oldman speaks on what success in the film i…