Azerbaijan on Friday said an Armenian sniper had killed one of its soldier at the border between the two countries and that its army was taking response measures. 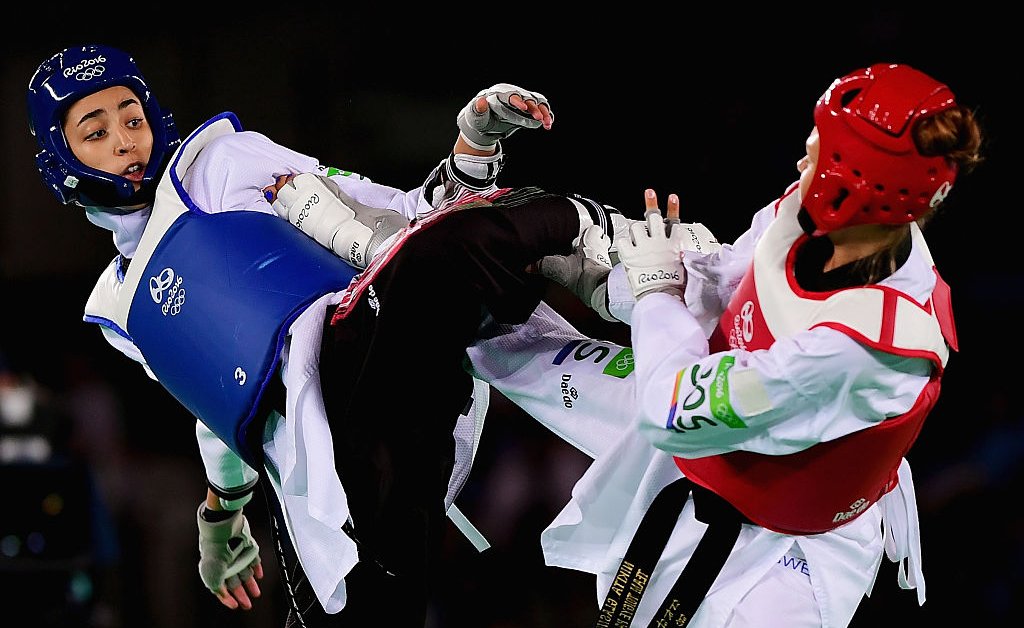 Once Friends, Now Rivals: The Iranian Athletes Facing Off Under Different Flags at the 2020 Tokyo Games

Azerbaijan's serious crimes court says those sentenced will be deported after serving their prison terms.

An Azerbaijan court late on Thursday sentenced 13 members of Armenia's armed forces to six years in prison, finding them guilty of illegally crossing the border, weapons possession and terrorism offences.

Azerbaijan extended its quarantine restrictions to limit the spread of COVID-19 until Sept. 1, the government said on Thursday.

Leaked list shows 50,000 phone numbers believed to have been chosen by clients of Israel's NSO Group for surveillance.

Government probing whether premier's phone was surveilled, after revelations from Pegasus Project show number in list.

Washington Post: Investigation finds Israeli-designed spyware was used to hack journalists and activists around the world

Investigation reveals journalists, activists among targets of spyware created by Israeli company - The Globe and Mail

A global media investigation has revealed that journalists, activists and political dissidents have been the target of spyware created by Israel-based NSO Group

British taekwondo athlete Jade Jones said she is petrified by the prospect of COVID-19 ruining her chances of winning a third Olympic gold medal, but her "anti-social" nature means she has a ready excuse to keep distance from people and stay safe.

The European Union added Ukraine on Thursday to a list of countries for which it recommends that COVID-related travel restrictions be lifted.

Italian car maker Alfa Romeo and Swiss-based Sauber announced a multi-year extension of their Formula One partnership on Wednesday.

An Armenian soldier was killed on Wednesday in an exchange of fire on the border between Armenia and Azerbaijan, Armenia's defence ministry said.

A London Couple's Lavish Lifestyle Rode on the Azeri Laundromat

A web of companies was used to transfer money to U.K. accounts. Well-connected Azeris settled probe by National Crime Agency.

UEFA president Aleksander Ceferin says he will not support the idea of a pan-continental European Championship again as it is unfair to the teams as well as travelling fans to fly thousands of kilometres between matches.

The explosion sent plumes of black smoke and flames into the sky in an oil and gas field.

England have the chance to reach a first major final since their 1966 World Cup triumph when they take on Denmark at Wembley in Wednesday's Euro 2020 semi-final, but they will need to banish a history of stumbling at this stage.

An enormous fireball rose up from the Caspian Sea on Sunday, and was visible from Azerbaijan. Amid reports of an oil platform exploding, Azerbaijan’s Ecology Ministry has stated that a volcano may have erupted. Read Full Article at RT.com

Azerbaijan's state energy company, SOCAR, said on Sunday its offshore gas platforms in the Caspian Sea were safe after media reports of a large fire in the area.

Azerbaijan handed over 15 prisoners of Armenian origin to Armenia on Saturday in return for maps detailing the locations of 92,000 anti-tank and anti-personnel mines, Azerbaijan's foreign ministry said.

Despite the emotional turmoil they have been through, Denmark's dream run continued as they booked a Euro 2020 semi-final spot on Saturday, inspired by a young, vibrant strikeforce who can still do further damage this summer.

Denmark's rousing Euro 2020 campaign continued as they beat the Czech Republic 2-1 on Saturday to reach the semi-finals thanks to first-half strikes from Thomas Delaney and Kasper Dolberg.

RT @NeilPHauer: "Azerbaijan launched an operation it called “Revenge” and took several heights...yet Azerbaijanis are not celebrating this…

RT @K_sajjadi11: The presence of terrorists and their transfer from Syria to Azerbaijan,near the border of Iran is unacceptable. After Gre…

RT @tomiahonen: Invasions have consequences Russia's catastrophic losses in its futile invasion war are having ripple effects all around R…

RT @aniboghoss: Looking forward to the day that an Armenian can visit Azerbaijan as opposed to the blanket ban of anyone with an Armenian l… 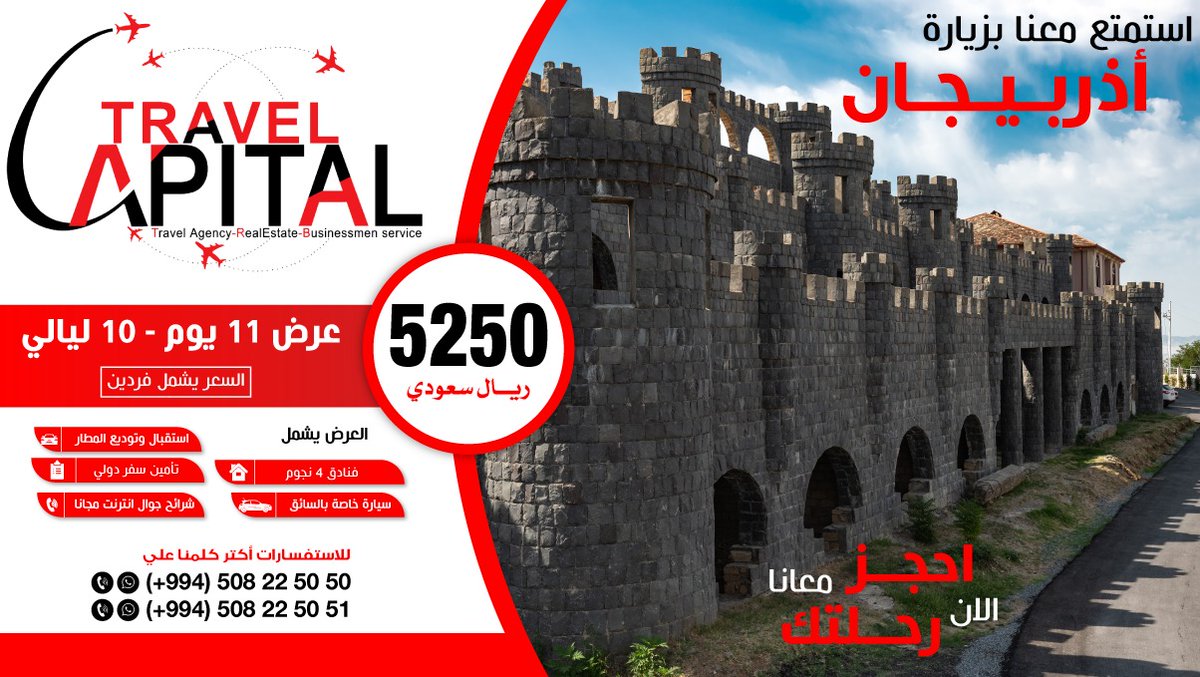 Tours all over Azerbaijan Private Cars Hotels / Apartments Reservation For Booking, contact us on WhatsApp 00994508225050 https://t.co/cOdyrUZmfu

RT @egrigorian: Seriously @Rollingstone WTF? How do you publish this garbage without skepticism? Azerbaijan is ranked last in every freedo…

RT @CanbackRasmus: @aniboghoss It's funny since the Azerbaijani lobby is the only one that actually tried to buy me. And the ambassador h…

RT @dreammapper: TRUMP'S WORST DEAL: "IVANKA Trump was the most senior Trump Org. official on the BAKU project... may have broken the law…

RT @egrigorian: Seriously @Rollingstone WTF? How do you publish this garbage without skepticism? Azerbaijan is ranked last in every freedo…

RT @PTANews_: President of the Republic of #Azerbaijan #Ilham_Aliyev and First Lady Mehriban Aliyeva attended the opening ceremony of the 5…

RT @LegendeHerbst: The "Orlando Sentinel" wrote on Aug 11, 1990, that a bomb blast ripped through a bus taking 60 people from #Tbilisi towa…

RT @molon_labe97: https://t.co/AvU6Hj6SXT Great Op-Ed from @zakavkaza about the need for Western involvement in achieving peace in Artsakh…

#US Secretary of State Antony Blinken speaks to the leaders of #Armenia and #Azerbaijan to call for dialogue over the conflict in the disputed Nagorno-Karabakh region. https://t.co/c4IfzntrAk

RT @FIDE_chess: India A continues its sweep in the women's section of the #ChessOlympiad. Today they won their 7th match, against Azerbaija…

So what you think is next after they take Artsakh?? Do you think that’s enough for genocidal Azerbaijan and Turkey. No they are coming for it all. It’s the most horrific reality for me every Armenian to realize

RT @nmatini: @eurasianet You assume the article is about Azerbaijan’s drug trafficking problem, but it has way too many quotes from their D…

Indian women's A team notched up their seventh successive victory against sixth seed #Azerbaijan with a 2.5-1.5 score to maintain their sole lead in the women's section with 14 points at the 44th #ChessOlympiad in Mamallapuram, Tamil Nadu on Friday. #India https://t.co/dRHcQC3JPC

RT @RepAnnaEshoo: Azerbaijan’s deadly drone strikes against Artsakh are a blatant violation of the 2020 ceasefire. I strongly condemn Azerb…

RT @SecBlinken: Spoke with Armenian Prime Minister @NikolPashinyan today on the situation in and around Nagorno-Karabakh. I urged continued…

RT @AzerbaijanMFA: Information of the Press Service Department of the Ministry of Foreign Affairs of the Republic of Azerbaijan on the firi…

RT @RepLoriTrahan: I've heard from many Armenian Americans in #MA3 who are rightly outraged by Azerbaijan's latest violent attack that has…

RT @sdrlc: Alliances in the Caucasus are complicated. Christian Armenians raise the Iranian flag, while Shiite Muslim Azerbaijanis wave the…

RT @Turkic_States: We condemn the violent and unacceptable attack against the @Turkic_States’s Founding Member #Azerbaijan’s Embassy in Lon…

RT @SFRCdems: Azerbaijan’s deadly attacks in Nagorno-Karabakh are not only in violation of the ceasefire but also an unacceptable continuat…