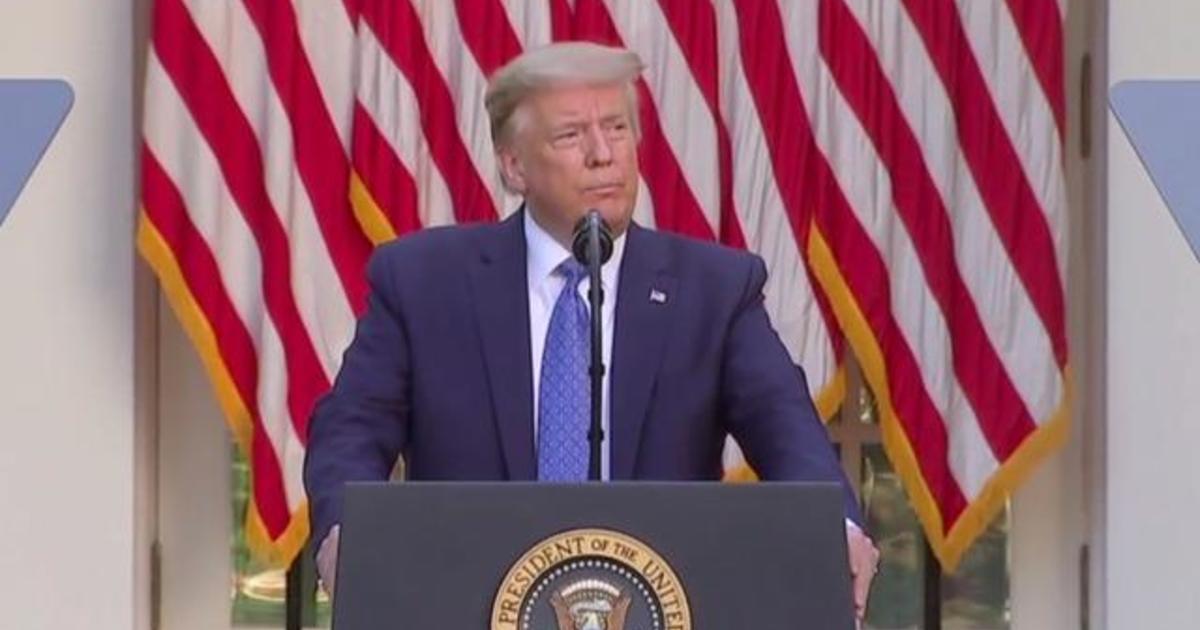 What is the Insurrection Act?

President Trump said he would send the military to states if local officials can't stop violence – can he legally do that? 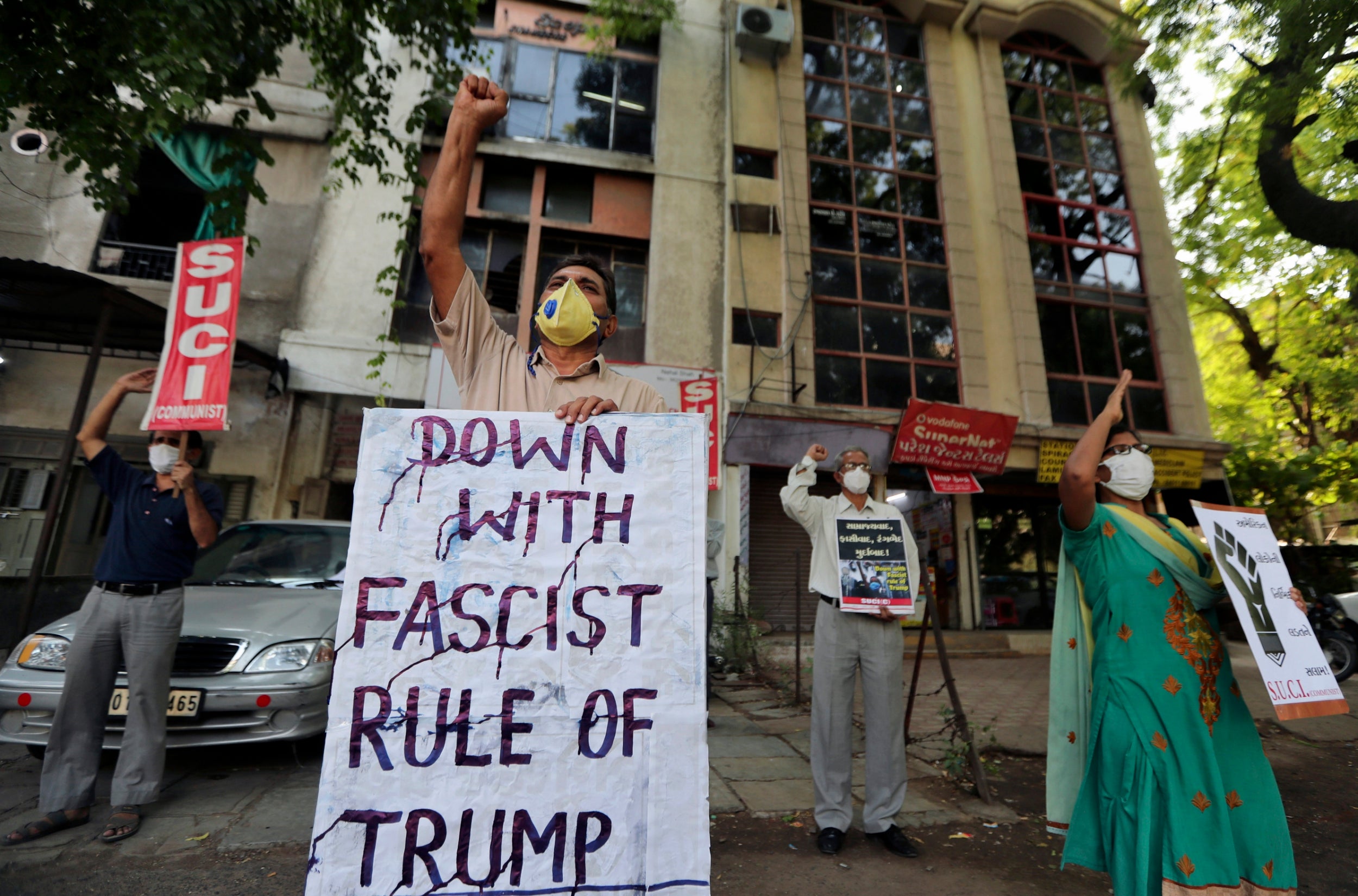 Trump just declared war on the American people. But really, we have always been at war

There is no subtext here. There is not even a warning. This is a vow. The president is promising violence, anticipating it, and sending out a dog-whistle to a white supremacist fan base about their 'Second Amendment rights'

Trump’s moment at St. John's Church came at a huge cost—using the full force of the federal government to quash a peaceful protest

Can Trump order the US military to quell violence at protests?

To deploy the armed forces, Trump would need to formally invoke a group of statutes known as the Insurrection Act.

Pentagon not clear on Trump threat to use military on Americans

Courtney Kube, NBC News correspondent for national security and the military, talks with Rachel Maddow about whether Donald Trump is actually invoking the Insurrection Act to allow him to deploy U.S. troops on U.S. soil against Americans.

With demonstrations set to continue long after curfew, Donald Trump says he'll deploy active-duty US troops if states did not fully mobilise all their National Guardsmen. So what does the National Guard do?

Explainer: Can Trump send the U.S. military to quell violence at protests?

U.S. President Donald Trump on Monday suggested he would use federal troops to end unrest that has erupted following the death of George Floyd, an unarmed black man killed in police custody last week.

How does the Insurrection Act work?

The law does allow a president to send troops to a state over the state government's objections, but only under specific circumstances.

Biden cranks up contrast with Trump

The former veep is getting out of his Wilmington basement and attempting to project a ‘stable and steady’ approach.

Can Trump legally deploy US troops to US cities?

President Donald Trump threatened Monday night to invoke the Insurrection Act of 1807 law and take the unusual step of deploying active duty US soldiers to police US streets.

Protesters peacefully exercising their First Amendment right outside the White House were tear gassed on Monday. Why? So that Donald Trump — a former reality TV star  — could have a made-for-TV moment of violence as he spoke to the nation. Oh, and so he could…

Trump Just Threatened to Use the U.S. Military Against Americans

Trump’s plan involves invoking a two century-old law known as the Insurrection Act, which allows the president to deploy troops inside the country.

Trump Mulls Declaring an Insurrection and Sending Military Into Cities

If deployed widely without requests from state officials, such use of the military would be unprecedented.

President Donald Trump is considering invoking a 213-year-old federal law that would allow him to deploy active-duty U.S. troops to respond to protests.

WH: Insurrection Act 'One of the Tools Available' to Trump, but Focus Is on National Guard

"It's one of the tools available, whether the president decides to do that, that is his prerogative," she said in response to questions about the president using the Insurrection Act.

President Donald Trump has reportedly called on governors to step up their actions against rioters, urging them to use more force and “dominate” the violent mobs besieging America’s cities. Read Full Article at RT.com

The Insurrection Act is a law from 1807 which gives the president authority to order troops into the interior of the U.S. to put down rebellion.

Cotton: Trump should use Insurrection Act to deploy active-duty military to cities

Sen. Tom Cotton (R-Ark.) said on Monday that President Trump should use the Insurrection Act to deploy active-duty U.S. troops to cities impacted by protests and riots in the wake of the death of George Floyd, an unarmed...

Pentagon has some troops on 4 hour standby to assist in Minneapolis if requested, but so far there has not been a request .

Trump says military 'ready, willing and able' to deploy to Minneapolis amid protests

Active-duty forces are normally prohibited from taking part in domestic law enforcement, but the Insurrection Act of 1807 allows for a state legislature or governor to request assistance in the event of civil unrest.

U.S. Army May Deploy to George Floyd Protests Under Act Not Used Since the Rodney King Riots in 1992

Three sources told the Associated Press that soldiers in North Carolina and New York were ready for an order to deploy.

Despite his disingenuous attempt to walk back his threat toward Minneapolis protesters, it’s clear he just wanted to pour gasoline on the fire.