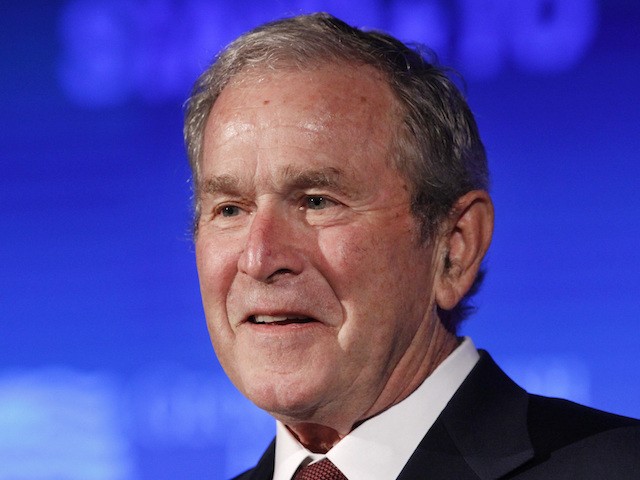 One day after former President Barack Obama called on Americans to “a president, a Congress, a U.S. Justice Department, and a federal judiciary that actually recognize the ongoing, corrosive role that racism plays in our society and want to do something about…

"We can only see the reality of America’s need by seeing it through the eyes of the threatened, oppressed, and disenfranchised," the 43rd president said.

RT @RalphNader: George W. Bush’s book of portraits of immigrants is a bestseller. Yet he refused to let in Iraqi immigrants. Many of them w…

"This is an impressive crowd -- the haves and the have mores. Some people call you the elite -- I call you my base."