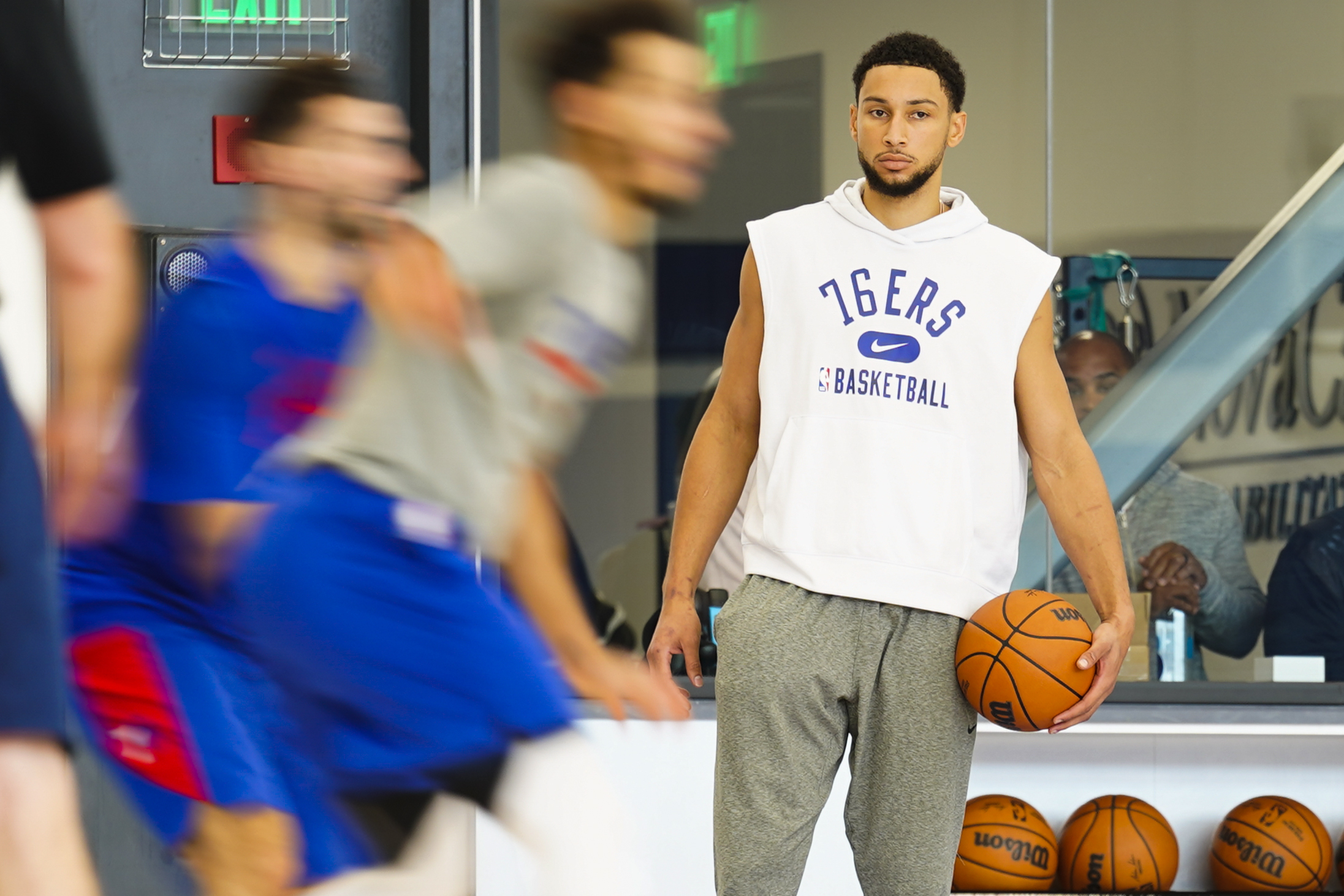 The Philadelphia 76ers have reportedly stopped fining Ben Simmons for being away from the team, according to ESPN's Ramona Shelburne said Monday on NBA... The NFL must have been on Doc Rivers' mind this Sunday. "Tom Brady-ish, that's what Joel Embiid was tonight" the Philadelphia 76ers head coach

A rare bit of encouraging and positive news emerged from the never-ending soap opera between Ben Simmons and the Philadelphia 76ers on Friday, with ESPN's Tim...

Disgruntled Philadelphia 76ers guard Ben Simmons reportedly had a breakthrough Friday in a team meeting. According to

76ers Players Who Will Determine Philly's Ceiling During 2021-22 Season

Wednesday's season-opener gave the Philadelphia 76ers something to talk about other than the ongoing Ben Simmons saga. But the afterglow from that game—a 20-point thumping of the New Orleans Pelicans —will only last so long...

Philadelphia 76ers head coach Doc Rivers is clearly unhappy with the latest drama surrounding Ben Simmons. "It's a predicament that we're in, and that part is...

Philadelphia 76ers head coach Doc Rivers provided an update on the potential for point guard Ben Simmons to play for the team when it makes its 2021-22...

The NBA is in full preseason mode, with teams preparing for the real thing with exhibition action. While some star veterans—like LeBron James of the Los Angeles Lakers—may ...

Now that Ben Simmons has

The opening night of the 2021-22 NBA season is now less than a week away, and the new term will begin with a pair of matchups on Tuesday. After weeks of training camp and preseason contests, thoughts now turn to the games that matter...

For the past two months, rumors have continuously swirled about Ben Simmons. And yet, with less than three weeks to go until the start of the 2021-22 NBA season, there's still a ton of uncertainty regarding Simmons' status with the Philadelphia 76ers...

Chris Webber is investing in his hometown. According to

Forward Anthony Tolliver apparently has showed the Philadelphia 76ers enough to stick around for the rest of the season...

Brooklyn Nets star Kevin Durant will sit out Friday's game against the Portland Trail Blazers for "injury management" of his left hamstring...

The Philadelphia 76ers have far bigger objectives this season, but goal one is officially in the books. Philadelphia clinched an Eastern Conference playoff spot Wednesday with a 127-83 victory over the Atlanta Hawks ...

Giannis, Bucks Cruise Past 76ers with Joel Embiid out Due to Shoulder Injury

Three days after snapping a modest two-game losing streak to the Philadelphia 76ers, the Milwaukee Bucks beat them again 132-94 at the Fiserv Forum on Saturday afternoon. The Bucks knocked off the Sixers 124-117 on Thursday...

The Milwaukee Bucks got back in the win column thanks to a 124-117 defeat of the Philadelphia 76ers on Thursday...

Let me set a scene. The exact details aren't important. So let's call the year 2002.  It's a Sunday afternoon in suburban Delaware. Football season. The Philadelphia Eagles are on TV and things aren't going well for the Birds.  In the family room, there's the…

Joel Embiid: 76ers Have Been 'Damn Near Unbeatable' During 2020-21 NBA Season

Safe to say, Philadelphia 76ers big man Joel Embiid is feeling fairly confident as the stretch run of the 2020-21 NBA season approaches. Embiid said his team has been "damn near unbeatable" during a conversation with ESPN's Stephen A...

Golden State Warriors head coach Steve Kerr said Dubs point guard Stephen Curry , who has averaged 39.1 points per game in his last 10 contests after dropping 47 against the Boston Celtics on Saturday, is at the "peak of his powers...

RT @MacFarlaneNews: Wrigley is accused of carrying a "1776" US Flag on Jan 6 ... and feds mention flag, which is often associated w/ the fa…

While the contract with the Sixers was lucrative, the move had a negative impact on Al Horford’s career. Now back with the Celtics, he reflected on a trying season: "That year was a difficult year for me in Philly. No question about it.” https://t.co/bUKa0FkOa8 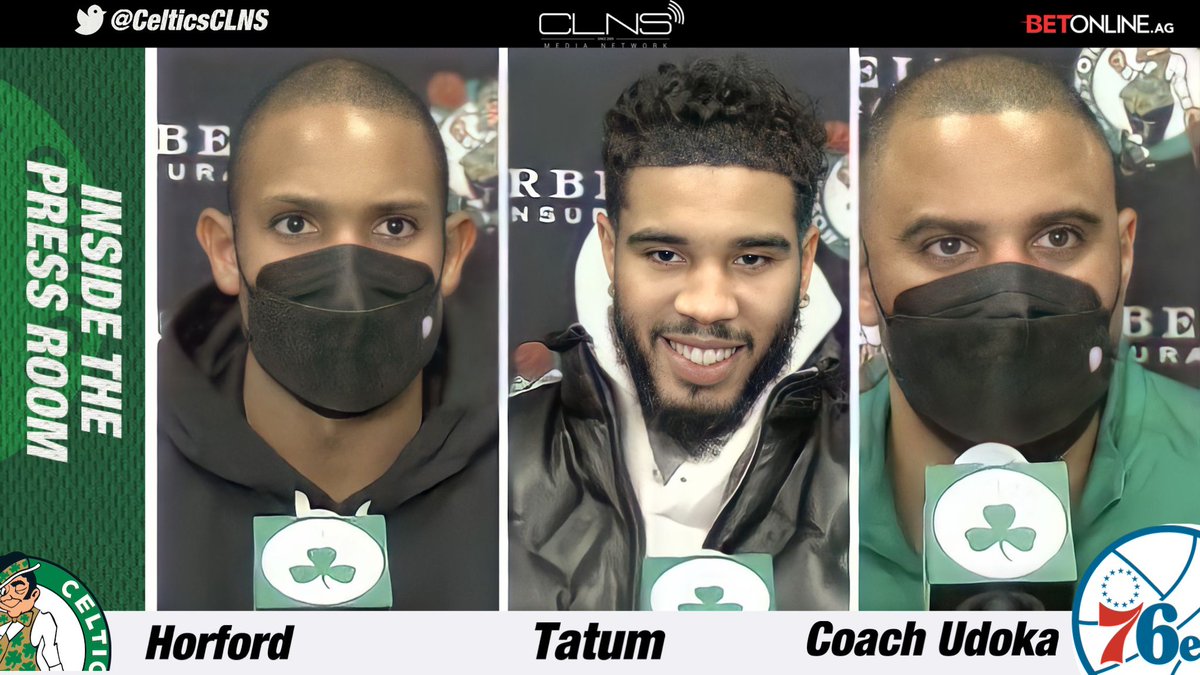 Baltimore Ravens cornerback @marlon_humphrey loves NFTs but does not yet own an @NFTeams_ sporting franchise. All eyes are on Marlon and whether he'll be the first NFL star to join 76ers president @dmorey in bringing NFTeams to the USA. https://t.co/dICfC7DNB6

RT @SNYtv: The Nets remain open to a Kyrie Irving trade while some with the team see the 76ers as a James Harden suitor (via @IanBegley) ht…

RT @ByJayKing: Ime Udoka said when he was coaching Team USA, some Celtics players involved used to say they had “mind control” over the 76e…

Kyrie for Simmons, Green and a pick is a good trade for both sides. Kyrie adding offensive firepower to the 76ers and Simmons and green making them an elite defense at the perimeter

RT @FOX43Sports: Jayson Tatum scored 26 points with a career-high 16 rebounds, shaking off a hard fourth-quarter fall to lead to lead the B…

“There was a time not too long ago when the Celtics and Sixers were considered the top two teams in the East, primed for a run in the post-LeBron era. So far this season, the two teams have shared in mediocrity”. La dura realidad https://t.co/dlDtzW68EQ

RT @b_____easy: 76ers fans got a deep hatred for the Horford family. It’s hilarious. He’s been good everywhere but there and they still bla…

This one wasn’t pretty, but the Celtics aren’t about to apologize for an ugly win over the 76ers https://t.co/mtSzgqjq5P

RT @SNYtv: The Nets remain open to a Kyrie Irving trade while some with the team see the 76ers as a James Harden suitor (via @IanBegley) ht…

RT @Sec215: Since coming back from COVID, and even before it, Tobias Harris' ISO mentality has been increasingly damaging to the Philadelph…

Jayson Tatum scored 26 points with a career-high 16 rebounds, shaking off a hard fourth-quarter fall to lead to lead the Boston Celtics to a 88-87 victory over the Philadelphia 76ers. https://t.co/ARzTbfbizw

RT @OhhMar24: @StimmyDuncan Yet Knicks and 76ers were favorites to win the series by almost every living human other than hawks fans

RT @Timi_093: Al Horford and Robert Williams III both were BIG for the Celtics in their 88-87 win over the 76ers last night. They combined…

RT @b_____easy: 76ers fans got a deep hatred for the Horford family. It’s hilarious. He’s been good everywhere but there and they still bla… 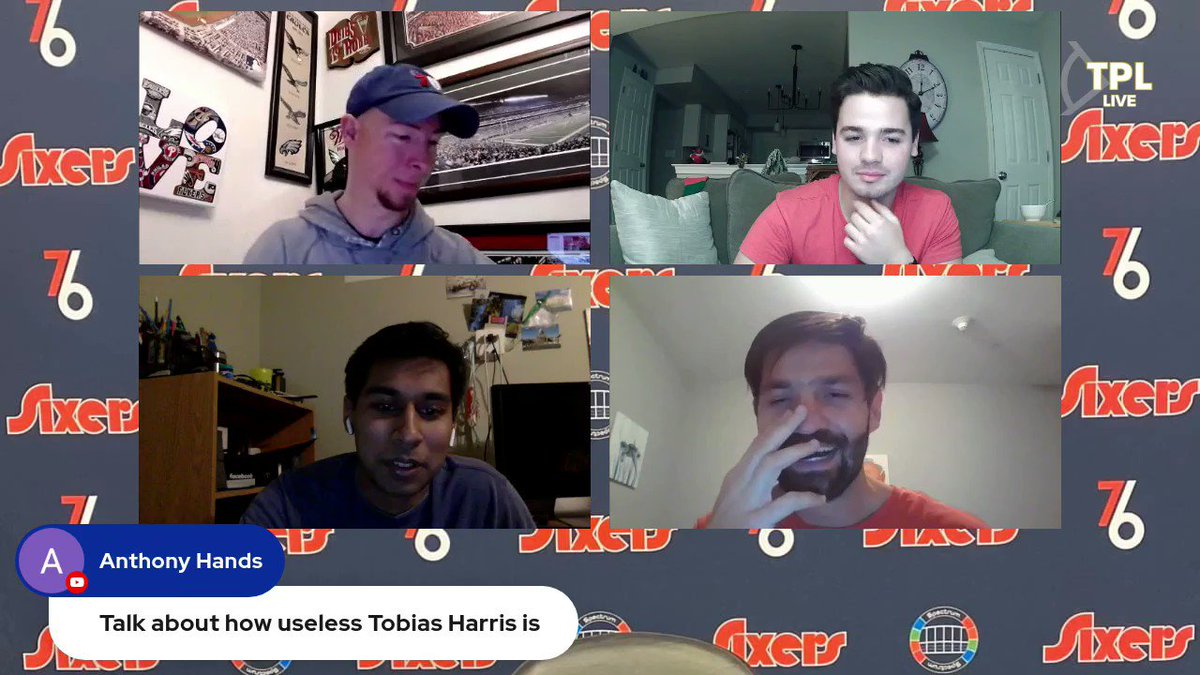 So 76ers fans thought Ben Simmons was the problem. Looks like karma is biting them in the ass for throwing him under the bus. https://t.co/LT6kjjNBEq 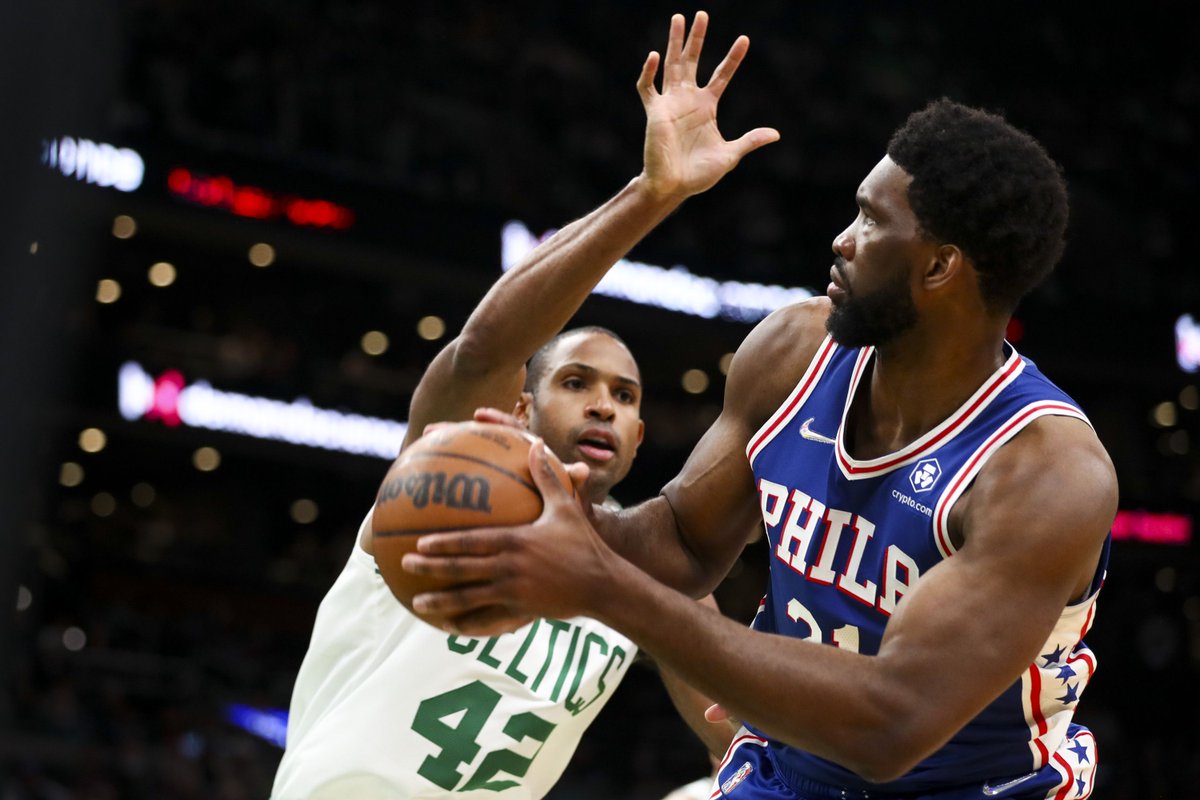 If it didn’t work joining them, beat them: Al Horford, Joel Embiid, and a Celtics ugly win https://t.co/HEpYzc6W8B https://t.co/i51l0pTGKc

RT @Timi_093: Al Horford and Robert Williams III both were BIG for the Celtics in their 88-87 win over the 76ers last night. They combined…

It’s very hard watching what Ben Simmons has done to the 76ers. This could have been something EXTREMELY special if he was willing to improve. @ttpscotty76 @sixers

Good can the NBA, NHL, and NFL shutdown too. Or at the least just stop the 76ers, Flyers, and Eagles from playing https://t.co/M6tN8uGe5N

The Philadelphia 76ers want more pace as they try to bust out of their offensive slump. https://t.co/P5EHphnOL0

RT @IraHeatBeat: The 2nd-round pick forfeited by the Heat will be the lesser of the Nuggets/76ers pick if the Heat make the playoff this ye…